Don't Call It A Comeback. Okay, Go Ahead. 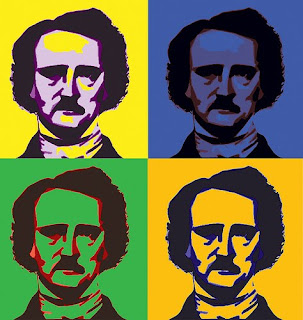 Once upon a time, you read the classics, enjoyed them and moved on to other things. They stayed put, without Hemingway seeking a new business in shoes or Sir Arthur Conan Doyle primping for his close-up. Now, classic writers are having a mid-death crisis. Maybe they’re looking for a little something to spice up eternity, like Jane Austen and her new career in zombies, or maybe they’re fulfilling a goal like Harry Houdini finally coming back from the dead to co-star in a new steampunk movie with Sir Arthur Conan Doyle.

Even Edgar Allan Poe is getting in on the action, with a new movie starring John Cusack and his own television detective series. Right now his agent is probably talking to Austen’s, setting up a guest shot on Law and Order: Nevermore.

I bet if the Ghost Hunters set up around Shakespeare’s grave, they wouldn’t hear moaning or even dialogue from MacBeth. They would hear, “What I really want to do is direct.”

What would be your ideal re-vamp on a classic author or character?